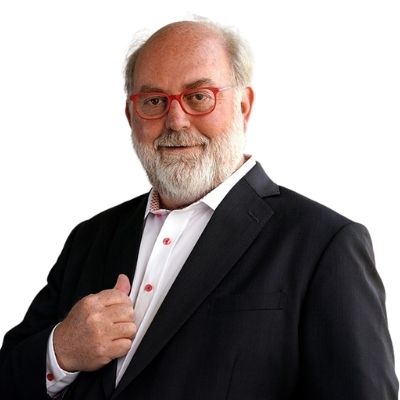 From AI-Bots to the Metaverse :: Where Disruption and Opportunity Collide (ENGLISH)

In October of 2013, Janusz Bryzek, an executive at Fairchild Semiconductor, hosted the first ever “Trillion Sensor Summit,” at Stanford University, an event designed around creating a roadmap for achieving the world’s first trillion sensors.

The 250 attendees, representing 100 companies in 40 different countries, were focused primarily on the market for ultrahigh volume sensors, the ones in highest demand that could be efficiently produced. They concluded we will reach the first trillion sensors in the world in 2023.

This growing volume of sensors has paved the way for countless new data-driven industries, including digital twins, the Internet of Things, and our emerging metaverse.

While many people think of the metaverse as some version of the dystopian movie, Ready Player One, the bulk of the metaverse will have far more utilitarian value, and it will be entering our future, with or without our permission. We’ve taken far too many steps in this direction to stop it.

In addition to sports and entertainment, there will be few if any aspects of society – including government, business, churches, education, healthcare, banking, dating, transportation, manufacturing, politics, and even war – that will remain unchanged with the evolving metaverse. It will have an especially profound effect on the way we educate ourselves and our children in the years ahead.

We are on the verge of a micro-industry revolution, being driven by the endless troves of data and the AI-bots that will assist us in the decisions we make.

Buckle your seatbelts, it’s going to be a fascinating ride! Join Futurist Thomas Frey as he takes the audience on a journey into the future that few are likely to forget.